The Library is the beating heart of PISAI. Since its foundation, it has specialized in books and journals on Arabic and Islamic culture, in keeping with the Institute’s scientific approach to primary sources, as well as in texts of orientalists and works dedicated to Christian-Muslim relations.
Since February 2018 the Library has been dedicated to the memory of Father Maurice Borrmans, M.Afr.

The Library’s holdings are divided into sections by subject and cover the most important fields of Islamic sciences. Particularly relevant are the sections dedicated to the Qur’an – with various editions and translations of Islam’s sacred book, the great classical commentaries, and numerous thematic studies – and to the Sunna or prophetic tradition, with the most important collections of sayings or deeds of Muḥammad.

The donations of benefactors have allowed the creation of some interesting SPECIAL COLLECTIONS.

Online access to the Library’s collection is possible through the OSEEGENIUS CATALOGUE and the PERIODICALS SEARCH ENGINE. 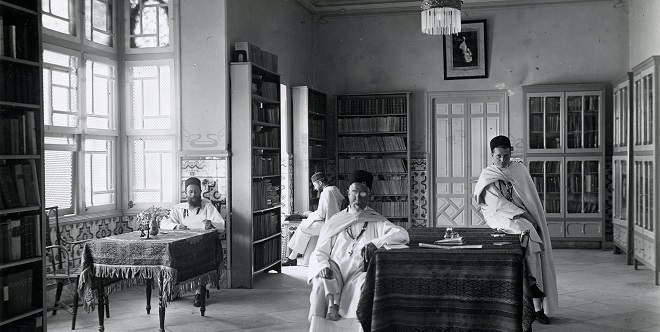