The PISAI is pleased to announce the publication of Ignazio De Francesco’s new book, Islam. 50 posts for dialogue (Edizioni Zikkaron 2021). This book collects some of the posts that the author published between 2017 and 2021 on his Facebook page, to recount his research path, his encounters and to stimulate through reflection and comparison a dialogue that is never taken for granted with his Muslim friends, whom he has met over many years of travel, research, voluntary work in prison and collaboration with Italian Islamic associations.

Ignazio De Francesco, a monk of the Piccola Famiglia dell’Annunziata, has spent many years in various countries in the Middle East. For years he has dedicated himself to the study and knowledge of Islam, and on his way he obtained a doctorate in Arabic and Islamic studies from the PISAI in 2013. His doctoral thesis has been published under the title Il lato segreto delle azioni: la dottrina dell'intenzione nella formazione dell’Islam come sistema di religione, etica e diritto in the collection “Studi arabo-islamici del PISAI” (Roma, 2014). 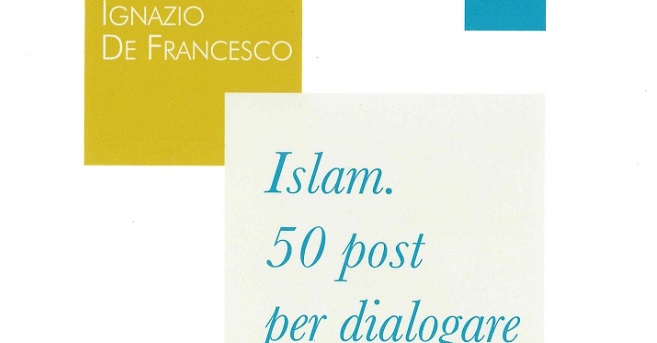