PISAI joins the Society of Missionaries of Africa (White Fathers) in mourning the death of Father Michel Lelong.

Michel Lelong passed away on Good Friday, 10 April 2020, at the Lariboisière Hospital in Paris.
Father Lelong was 95 years old, of which 72 were lived as a missionary in Tunisia, Algeria and France. Born on 25 February 1925 in Angers, he was accepted into the novitiate of the Missionaries of Africa on 28 September 1943 in Tournus, in the French department of Saône-et-Loire, and then continued his theological formation in Thibar, Tunisia, where he took his Missionary Oath on 28 June 1947 and was ordained priest the following year, on 2 February.
After studying Arabic and Islam first in La Manouba (in the center that would later become the PISAI) and then at the University of Algiers in the early 50s, Father Lelong worked for more than 15 years at the Institut des Belles Lettres Arabes (IBLA) in Tunis, where he was also among the first members of the Groupe de recherches islamo-chrétien (GRIC).
After defending a doctoral thesis at the University of Aix-en-Provence in 1970 entitled “Les relations entre l’Eglise et l’Islam en Tunisie de 1930 à 1968”, Father Lelong remained in France where he taught at the Institut Catholique in Paris. In 1975, he became the first head of the Secretariat for Relations with Islam of the Bishops’ Conference of France, also serving as consultant to the Pontifical Council for Interreligious Dialogue. In the period from 1975 to 1995, Father Lelong participated in numerous meetings between Christians and Muslims. In 1998, he founded the Groupe d’amitié islamo-chrétien (GAIC) in France. Among his numerous publications, one may mention Prêtre de Jésus-Christ parmi les musulmans (François-Xavier de Guibert 2007), a work of an autobiographical nature.

The PISAI pays homage to this great artisan of dialogue between Christians and Muslims. 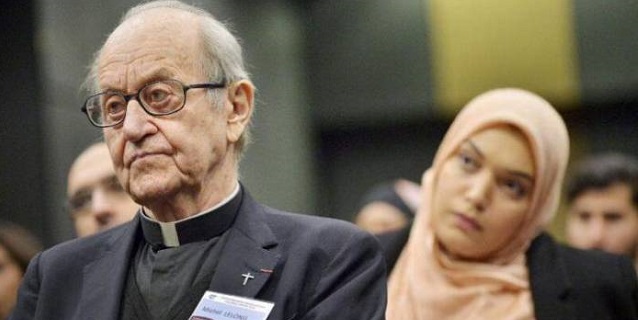