On Tuesday, February 12, 2019 at 15.30, in the ‘Maurice Borrmans’ library at PISAI, Father Martin Awaana Wullobayi, M.Afr., defended his doctoral thesis entitled ‘Mystical Aspects of Marriage in the Writings of Maḥmūd Muḥammad Ṭahā and His Influence on al-Iḫwān al-Ğumhūriyyūn’. The doctoral committee, chaired by Professor Adnane Mokrani, a Muslim theologian, was made up of Professor Thomas Michel, S.J., and Professor Felix J. Phiri, M.Afr.. The discussion, in English, was introduced by Father Diego Sarrió Cucarella, M.Afr., Rector of PISAI.
Father Martin Wullobayi, a member of the Society of Missionaries of Africa (White Fathers), is originally from Ghana. His academic training began in Kenya at the Tangaza College in Nairobi, continued in Cairo at the Dar Comboni Center for Arabic Studies and finally at the PISAI where he obtained a License in Arabic and Islamic Studies in 2009. After working for some years in Sudan Martin Wullobayi has been teaching at PISAI since 2011.

Sincere and warm greetings from the colleagues and friends of PISAI to Fr Martin. 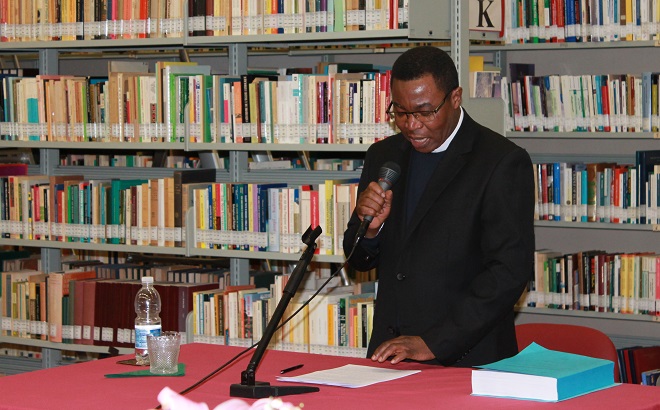