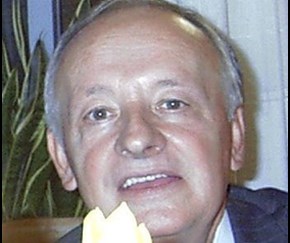 Prof Robert Bellani, alumnus and professor of PISAI in the 1980s, died on the evening of Sunday 12th March 2017 in the Bergamo hospital. He received a BA from the Faculty of Divinity at the University of London in 1973, and a Doctorate in Oriental Languages and Literature, with a specialization in Arabic, from the University ‘Ca’ Foscari’ in Venezia in 1977. In the same year, Roberto came to PISAI, then in the glorious site of Sant'Apollinare. In PISAI he obtained the License in Arabic and Islamic Studies in 1979, and remained as a professor of Arabic language, writing together with André Ferré and Archbishop Michael Fitzgerald a Grammar of Literary Arabic, of which we still have the notes. He was for years the coordinator of our scientific journals, combing the activity of teaching with travels for study purposes in many African countries. In the new millennium he worked with study teams, especially for the publication of texts in Arabic, and for some years was contracted to teach at the University ‘Bicocca’ in Milan. He retired in 2013, although continuing his profession as a scholar and teacher. PISAI will be ever grateful to Prof. Bellani for all that he brought to this Institute, and will remember him with esteem and affection.