On 16th June 2017, in the presence of the students and professors, the 2016-2017 academic year in PISAI was officially closed. The President offered a short talk, noting the innovations and the successes of the year just ended. The students of different years and courses finished brilliantly with examinations and with the defences of Licentiate theses, after an intense year from the didactic and academic point of view. The cycle of conferences at PISAI were enormously successful, thanks to the presence of authoritative scholars such as Farid Esack, Thomas Michel SJ, Christian Salenson, Alessandro Ferrari and Ahmed Bouyerdene. The Director of Studies consigned to each student the pertinent diploma or certificate, announcing that the new academic year, 2017-2018, would open on 2ND October 2017, preceded by three days of orientation. After the closing ceremony, the students and professors went to the Institute’s chapel for the solemn Mass, celebrated by Father Stanley Lubungo, Superior General of the Missionaries of Africa and Vice-Grand Chancellor of PISAI.
The closing ceremonies ended with a convivial lunch, shared by the students and some of their guests, the professors, the academic authorities and the staff of PISAI. 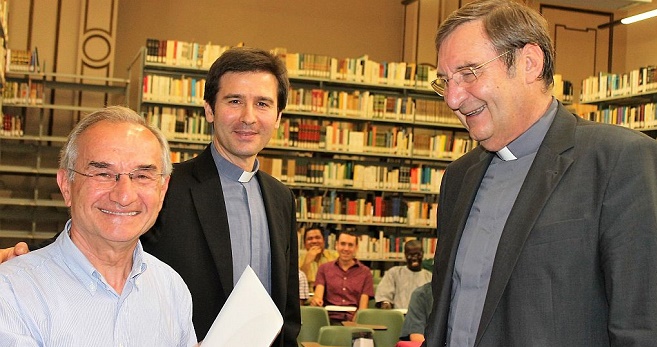