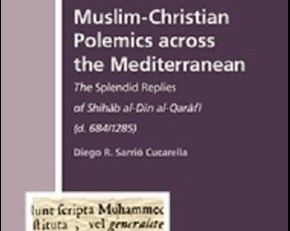 PISAI is proud to announce a new publication by one of its members: Muslim-Christian Polemics across the Mediterranean. The Splendid Replies of Shihāb al-Dīn al-Qarāfī (d. 684/1285), by Diego R. Sarrió Cucarella, Brill 2015. 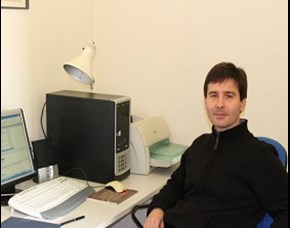 Fr. Diego, MAfr, has worked in Sudan, Algeria, Egypt and Tunisia, where he directed the Bibliothèque des Sciences des Religions, and was part of the Groupe de Recherches Islamo-Chrétien (GRIC). He is particularly interested in the intellectual history of Muslim-Christian relations and the continuing reciprocal theological constructions that this history has bequeathed to Christians and Muslims today. He received his PhD in 2014 from the Department of Theology at Georgetown University, Washington. He has been Director of Studies of PISAI since January 2014. In his recently published work Fr. Diego R. Sarrió Cucarella provides an exposition and analysis of Shihāb al-Dīn al-Qarāfī’s (d. 684/1285) Splendid Replies to Insolent Questions (al-Ajwiba al-fākhira ‘an al-as’ila al-fājira). Written in response to an apologetical work on Christianity by the Melkite Bishop of Sidon, Paul of Antioch, the Splendid Replies is among the most extensive and most important medieval Muslim refutations of Christianity, and the primary significance of this study is to provide detailed access to its argumentation and intellectual context for the first time in a western language.